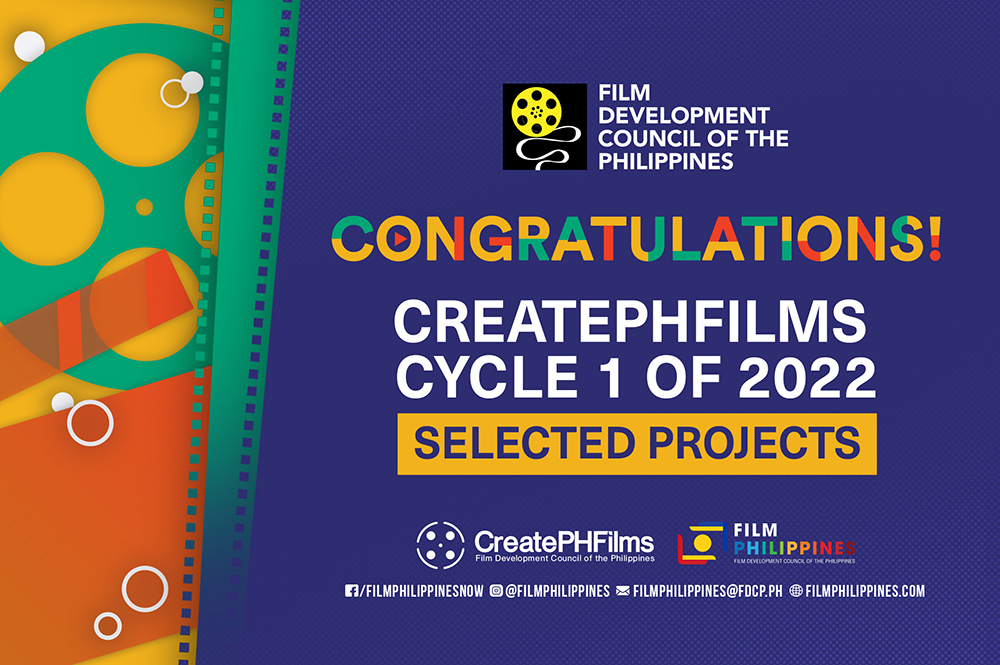 MANILA, PHILIPPINES, JUNE 7, 2022 — CreatePHFilms, the Film Development Council of the Philippines’ (FDCP) national funding program for Filipino film projects, announced its nineteen (19) film project recipients of a total of 4.6 million pesos worth of grants for this year’s first cycle. The announcement was made during the 20th Anniversary celebration of the Agency at Amrak Comedy Restobar in Quezon City earlier today.

A public funding initiative, CreatePHFilms, was launched by the FDCP to make government support accessible to Filipino filmmakers and production companies. This initiative aims to provide the much-needed aid in developing and elevating the quality of local film projects in all stages of filmmaking. 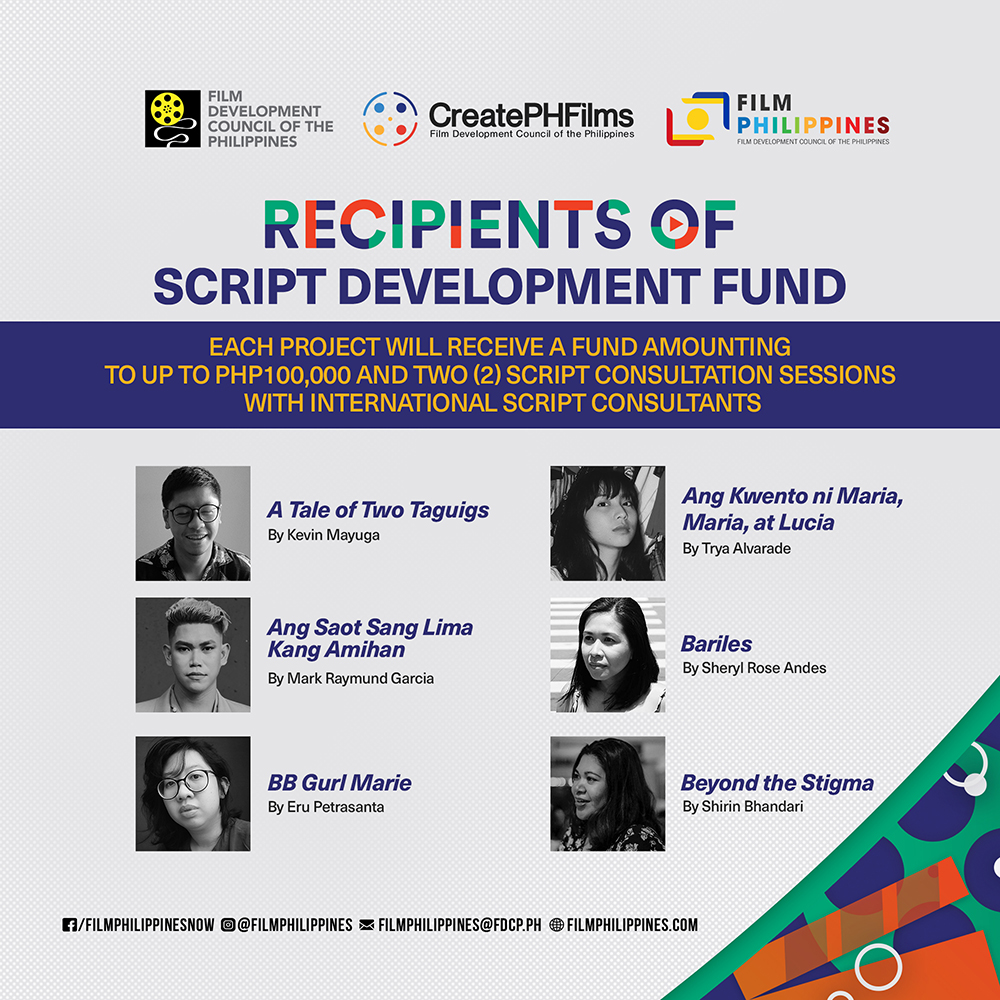 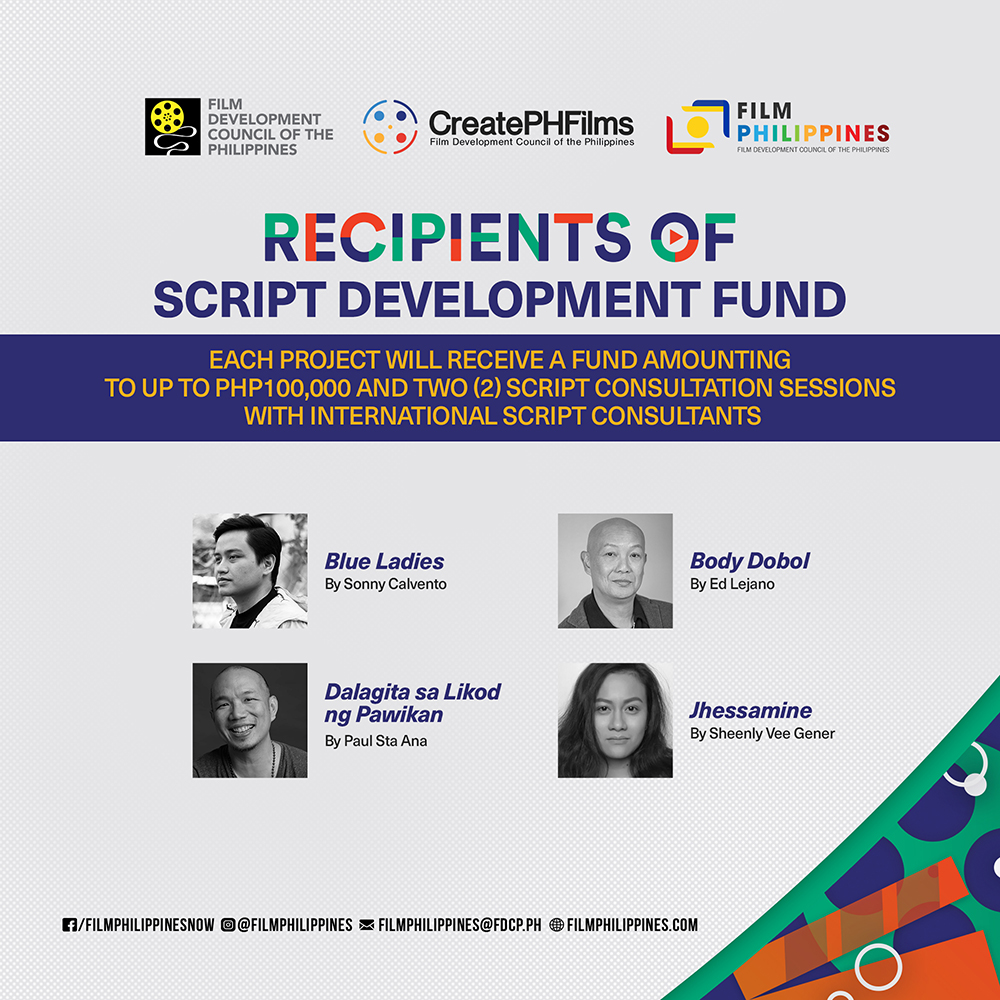 Ten (10) mid to feature-length film scripts were selected to receive the CreatePHFilms Fund for Script Development. Each film project will receive a selective and non-recoupable fund of one hundred thousand pesos (P100,000.00).

For CreatePHFilms Fund for Project Development, five (5) film projects were chosen for a selective and non-recoupable fund of two hundred thousand pesos (P200,000.00) each  per project for the development of their mid to feature-length film scripts. These film projects are: 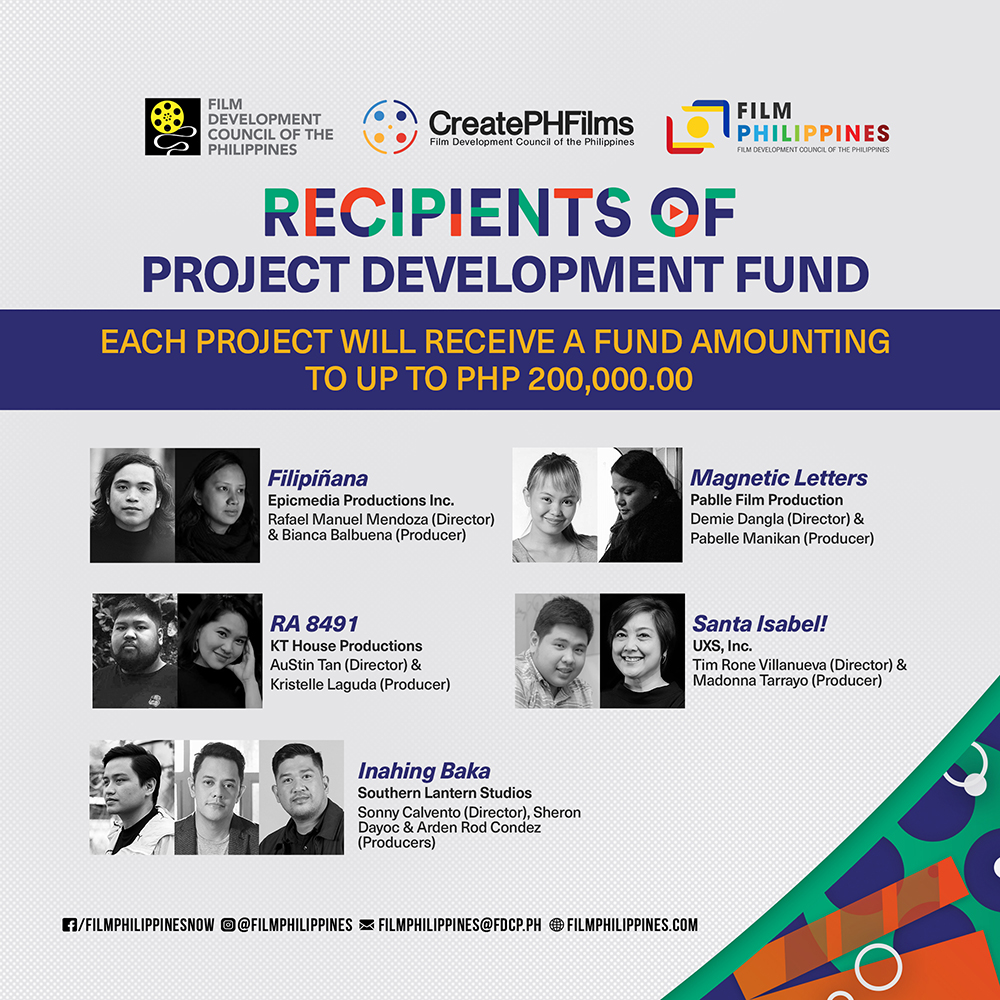 Two (2) film projects will be receiving the CreatePHFilms Fund for Small Budget Production, a selective and recoupable fund of one million pesos (P1,000,000) for the production of Filipino films with an overall production budget of less than fifteen million pesos (P15,000,000.00). These are: 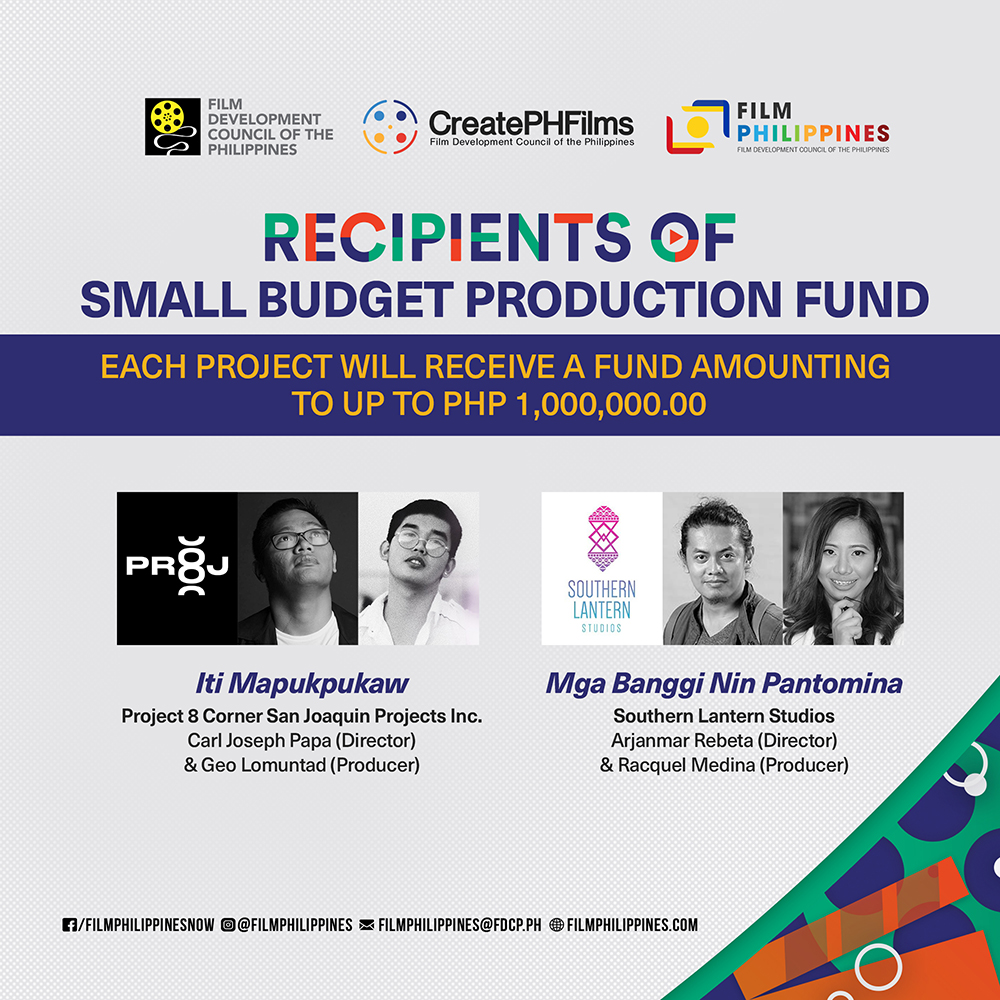 Two (2) production companies engaged with post-production companies registered under the FDCP National Registry for Companies (NRC) comprises the last set of recipients are for the CreatePHFilms Fund for Post-Production who will each be receiving a selective and non-recoupable fund of three hundred thousand pesos (P300,000).

FDCP Chairperson and CEO Liza Diño extends her well wishes to the 19 selected CreatePHFilm funding recipients. She shares, “The vision is to support the Philippine film industry as it moves forward and as it emerges from the challenges of the past two years and more. As an artist myself, the goal is to be an active part of the elevation of this industry to its maximum potential.”

She adds, “We hope that through CreatePHFilms, we can show our care and support for our Filipino filmmakers. FDCP hopes that funding initiatives like this will further inspire and encourage them to keep creating and finetuning their masterpieces.”

CreatePHFilms is open to Filipino filmmakers and companies accredited by the FDCP’s National Registry, and projects helmed by a Filipino director. Selected recipients are also required to spend 100 percent of the grant within the Philippines.

This year’s Cycle 2 will open its call for applications within the second half of the year. Visit https://www.fdcp.ph/programs/createphfilms for more information on the application process for CreatePHFilm Funds for Development (Script Development and Project Development), Production (Small Budget and Large Budget), and Post-Production or stay tuned to FDCP’s social media pages for more programs and opportunities.